Free guitar lesson resources, including episodes from my Acoustic Guitar video blog and more. Contact me via lessons@broad.ology.org.uk for one on one guitar tuition, finger style blues, slide guitar, jazz, and more. 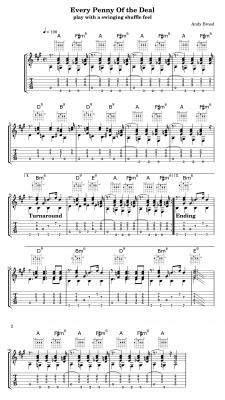